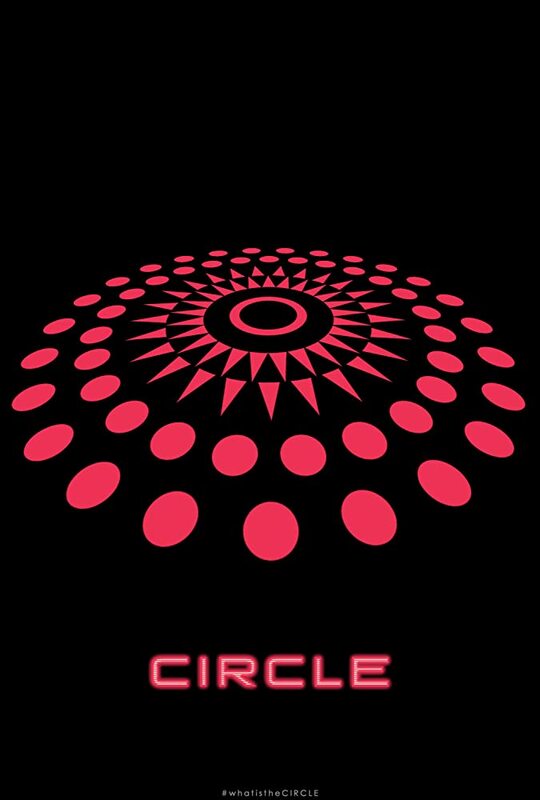 Have you ever seen one of those movies that have a great premise, but make you cry over the time you lost watching them? Yeah, Circle is one of them for me. Spoilers ahead! (Not that you’d miss anything)

50 strangers are lined up in a circle and slowly wake up from unconsciousness. People start dying periodically. Someone notices that deaths are related to a vote system. The most voted person dies. Circumstances are stressful. The crowd tries to cooperate and outplay the system. After a few attempts to “prove humanity” the mood tilts. The focus shifts from “how to stop?” to “who’s next?”.

Old people are lined up first. Every once a while someone says something racist, egoistical or just obviously wrong and dies next. The show goes on until three are left: A pregnant woman, a little girl and “the brave, good guy defending them”. It turns out the “good guy” is actually a sociopath. He first tricks the crowd and finally convinces the little girl to step into suicide to save the pregnant. As the little girl follows orders sociopath votes for the pregnant woman and thus ends up the last man standing.

It is then teased that he must die anyway (which might have been a great ending). We quickly learn that it’s just an accidental tie between him and the fetus inside the pregnant woman. I guess fetuses can survive deadly shocks that instantly kill their (carrying) mother.

Sociopath leaves the circle and meets other survivors. They’re mostly women and children.

My first thought was “an ethical dilemma played out with a cross-section of society - nice!” It was too late when I noticed that there was nothing clever behind the choice of the people or the decisions they made. There were barely any interconnected backstories (as seen in the SAW movies) or past crimes that were revealed and weight out.

The plot plays around a nihilistic setting in a tiresome discussion with little change and unimpactful deaths. A few of the characters were written to be disliked, but there was no one I felt any connection towards. I do appreciate the plot twist and the unexpected survivor. However, I criticize that there’s no emotional impact.

I was really hoping for more questions than answers, but there’s no mystery left. We actually see UFOs after the sociopath is released. There is nothing to guess and nothing to contemplate. Just a sociopath surviving a murder game.

And let’s not forget, a person is zapped to death literally every two minutes for 86 minutes in total.