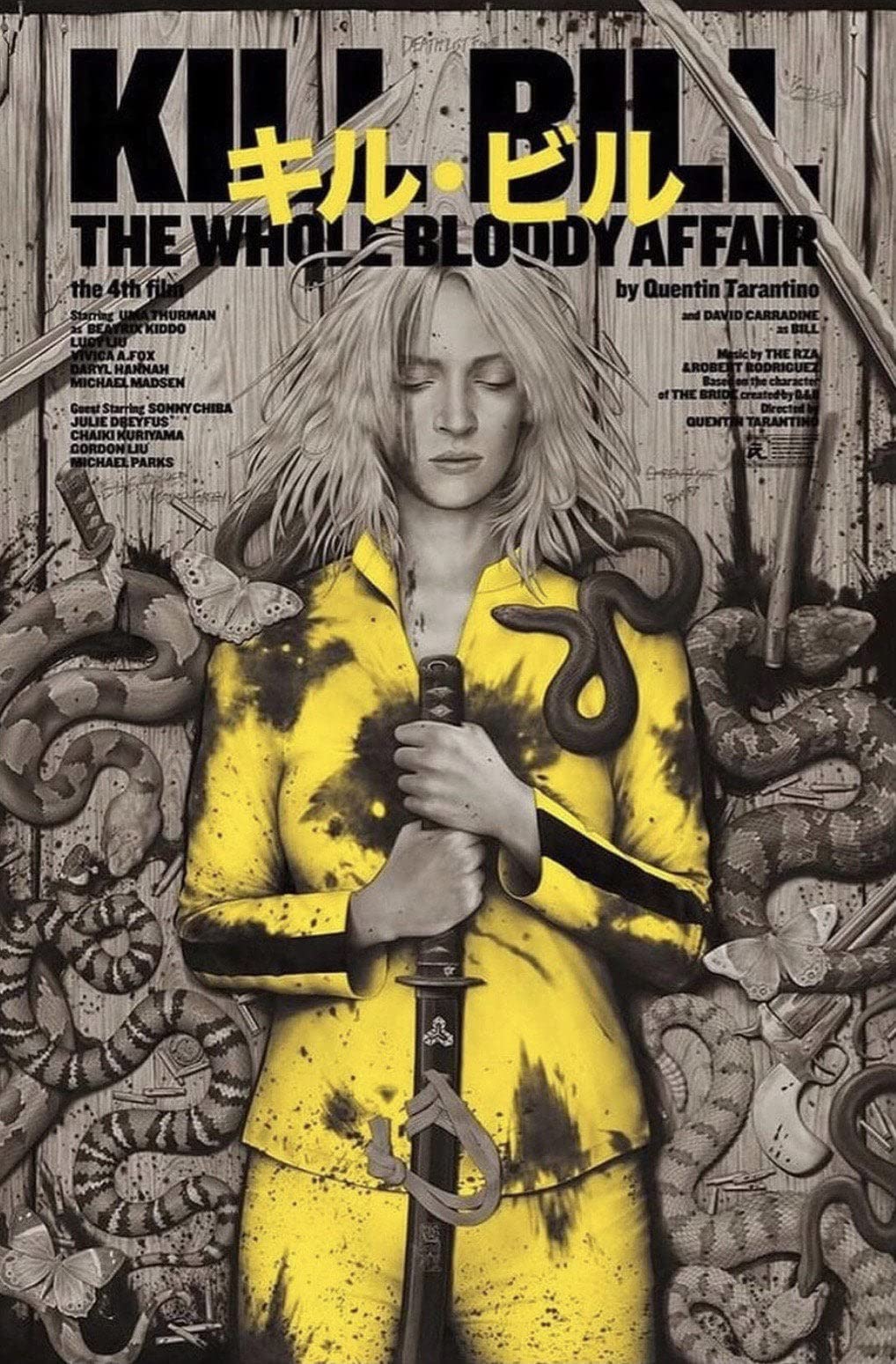 I’ve just finished Kill Bill Vol. 2. I’m quite surprised how much Vol. 1 & Vol. 2 differ. Part one started strong, but left my taste when I noticed that the whole second half is the fight in Tokyo. “Pure”, simple action movies aren’t for me anymore.

Naturally, I’ve been rather suspicious regarding part two. Turns out my presumptions were blissfully wrong!

Kill Bill Vol. 2 looks like a totally different movie, but captures the same vibe as the first one. The whole series feels like a collage of short films that tie strongly into a shared plot. It’s funny too! I wonder if the infamous “danger/ alarm/ triggered sound” has its origin here. The overpowered fight scenes are ridiculously hilarious.

There’s so much to cherish! What was a suspicion after watching “Reservoir Dogs” is a fact now: I’m a HUGE Tarantino fan! The man simply got style!

Let alone his credit sequence is more enjoyable than some unfortunate pieces I’ve witnessed. The visuals match the audio and capture the bare power of film. This itself is an art form I appreciate way too rarely. It’s so much fun to watch.

SPOILER WARNING!! DON’T WATCH in case you HAVE NOT SEEN THIS BEAUTIFUL MASTERPIECE. However, if you already did or simply like to live dangerously, enjoy these brilliant credit rolls to see what I’m talking about.

« Digital Nomadism - Moving to A Coruña