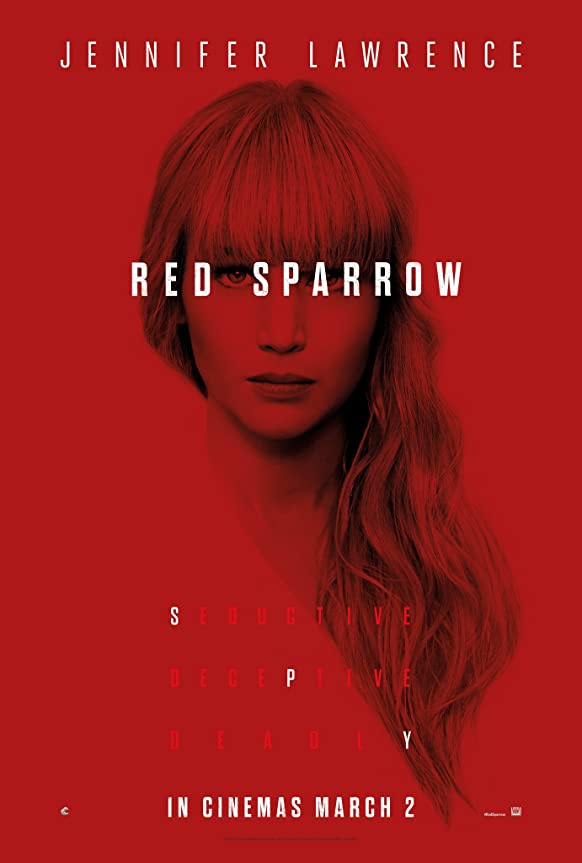 So, the movie was finally published on german Netflix. I distinctly remember wondering myself whether I should go to the cinema to watch it. (The premise is simple - A prima ballerina is recruited into a special service after being almost crippled.) Long story short: It’s worth a shot, but don’t break a leg (pun intended).

Red Sparrow thrives on its photography. I won’t pretend to distinguish between “all the emotions” that are supposed to be conveyed via the choice of shots, however, I can testify that I was sold 5 minutes into the action. We have ultra wide angles not only to establish, but also shoot whole scenes. 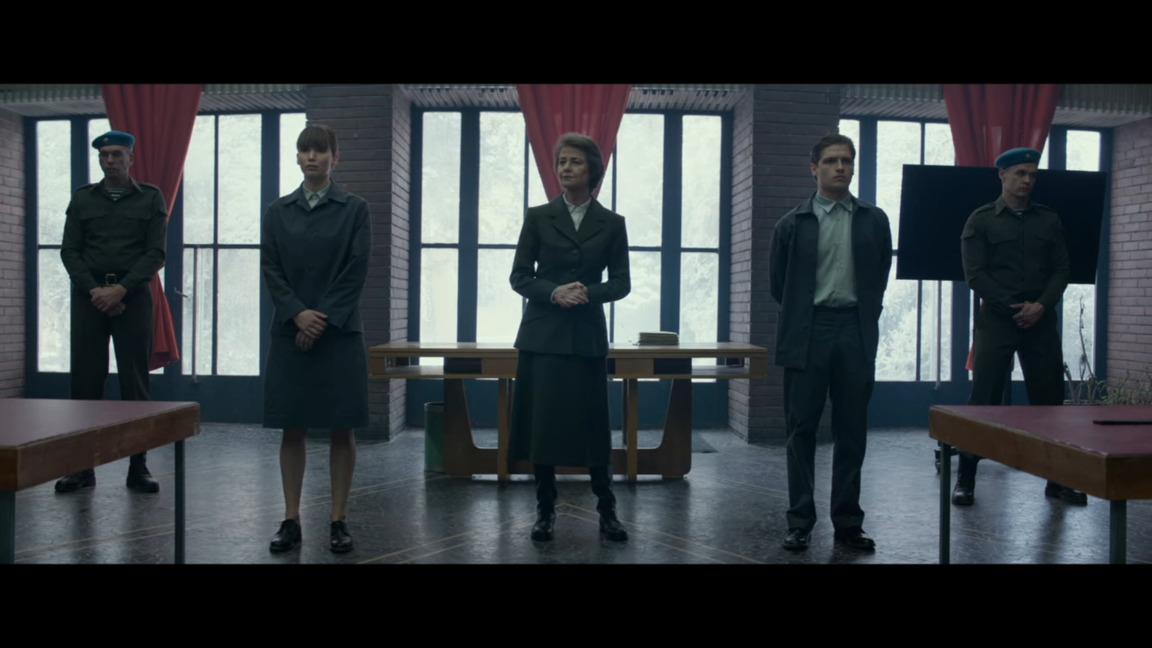 Our protagonist Dominika can read people like books (that’s what they say at least). Maybe it’s a way to share her “widened view” with us, the audience - I loved it. 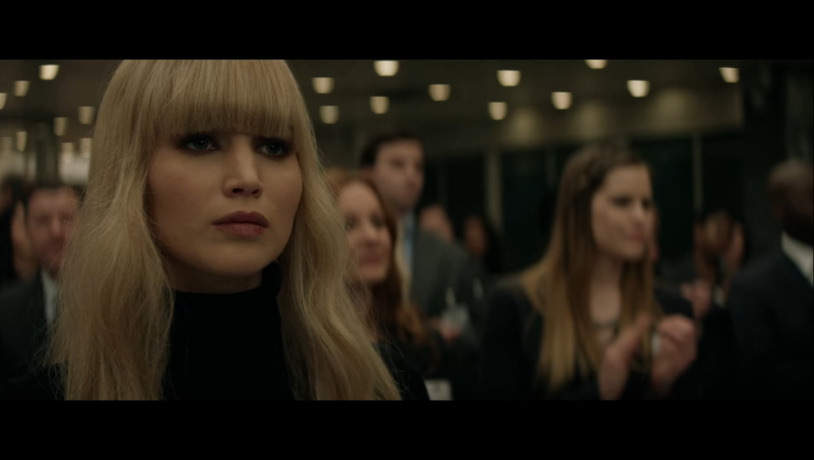 A selection of shots

Other than that we see a variety of interesting angles. Most notably for me was the bike scene. There’s not much need for eloquence here: It was just rad to watch! 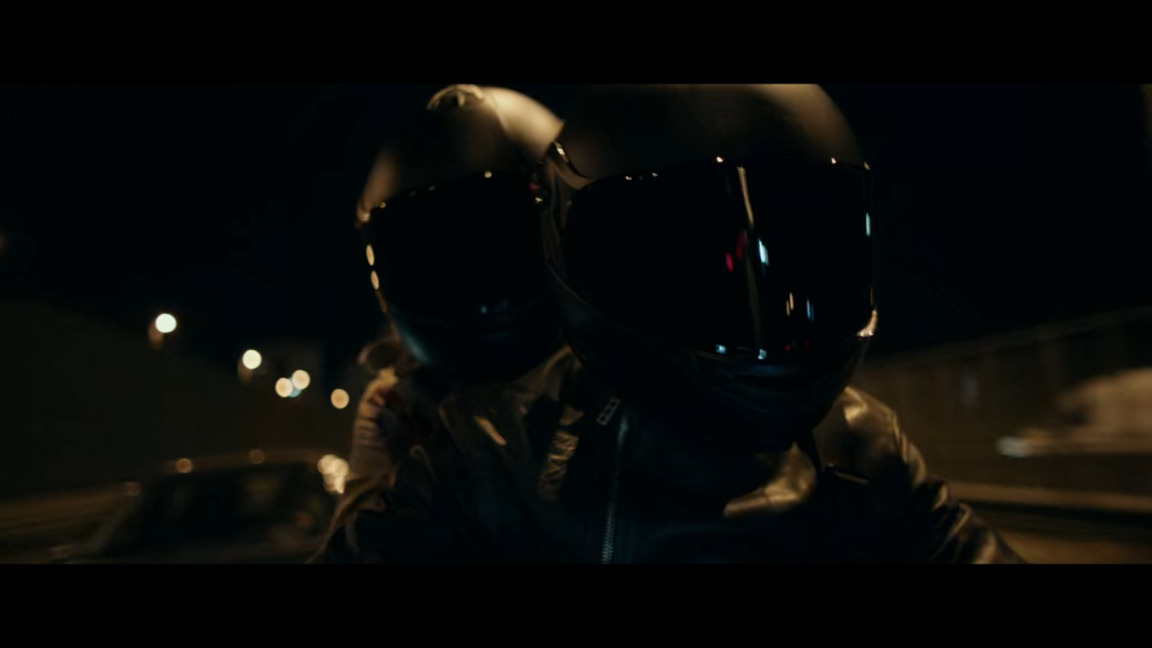 Upon consciously reflecting and looking for memorable scenes I figured a few more:

(One of) Our first introduction to Dominika (Jennifer Lawrence) was very intimate. We got very close and stayed for an extended amount of time*. It created a fitting contrast to the quick action cuts. 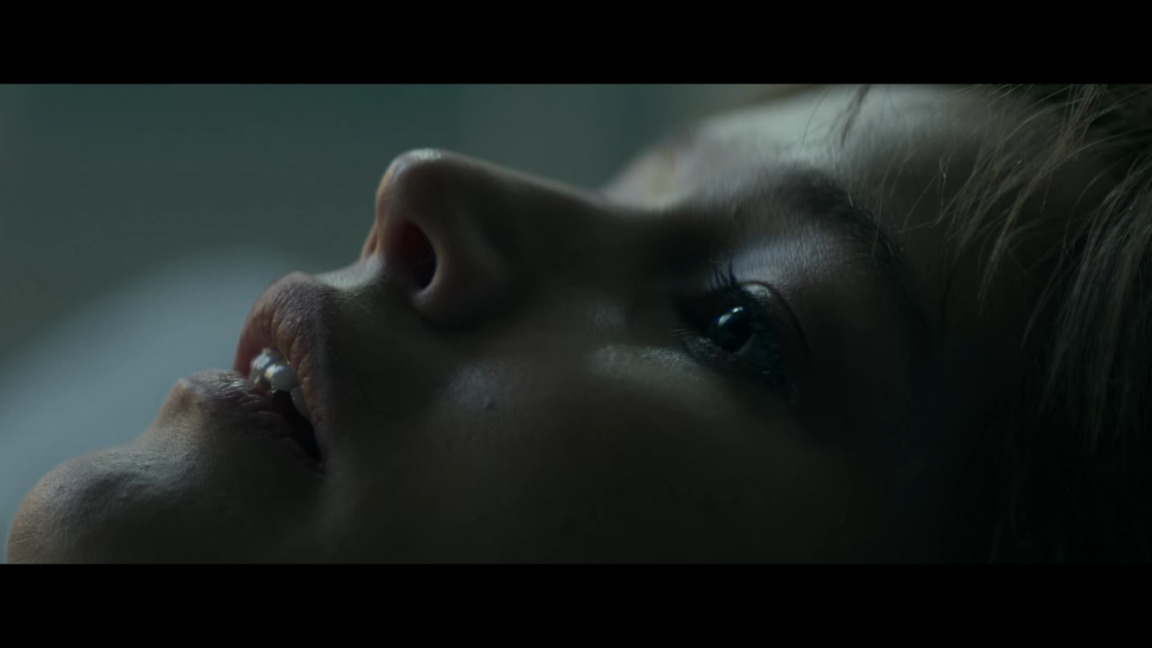 *There’s actually a number of extended shots and they’re mainly to display violence a tad more graphic. We’ll get to that, but here’s a taste of what’s to come:

The “shower scene” was intense and took us right into it 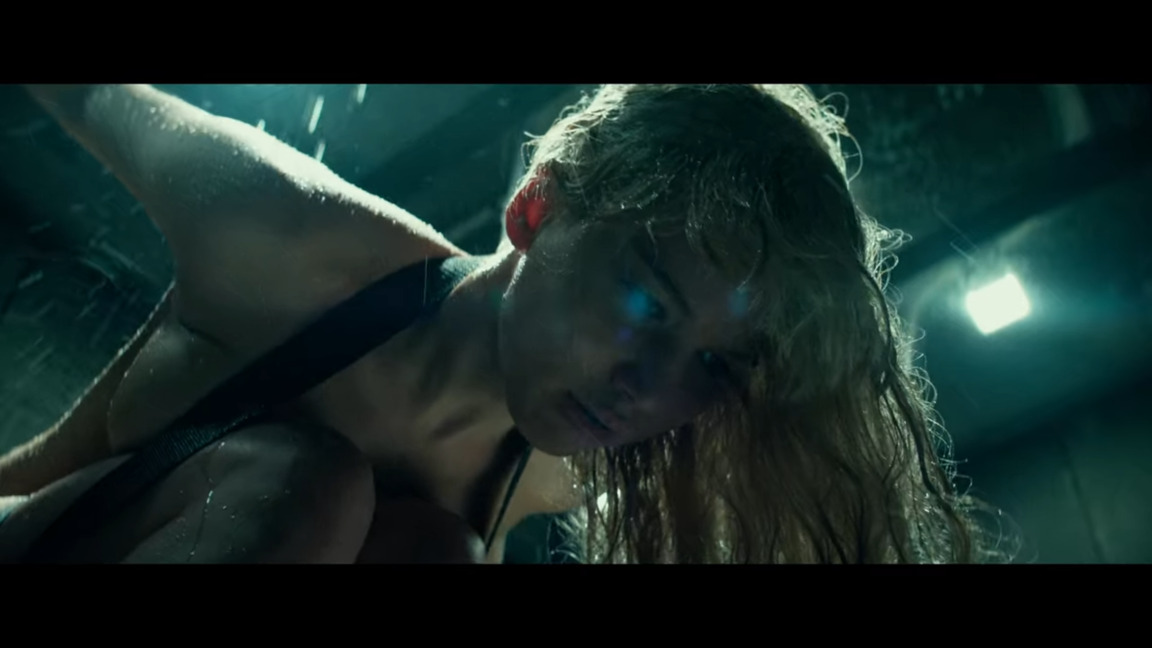 The first ballet scene was a key selling point for me. It’s the exact moment that made a promising film. Cinematography alone is not what made it great though - let’s not forget our good friend The Cutter! 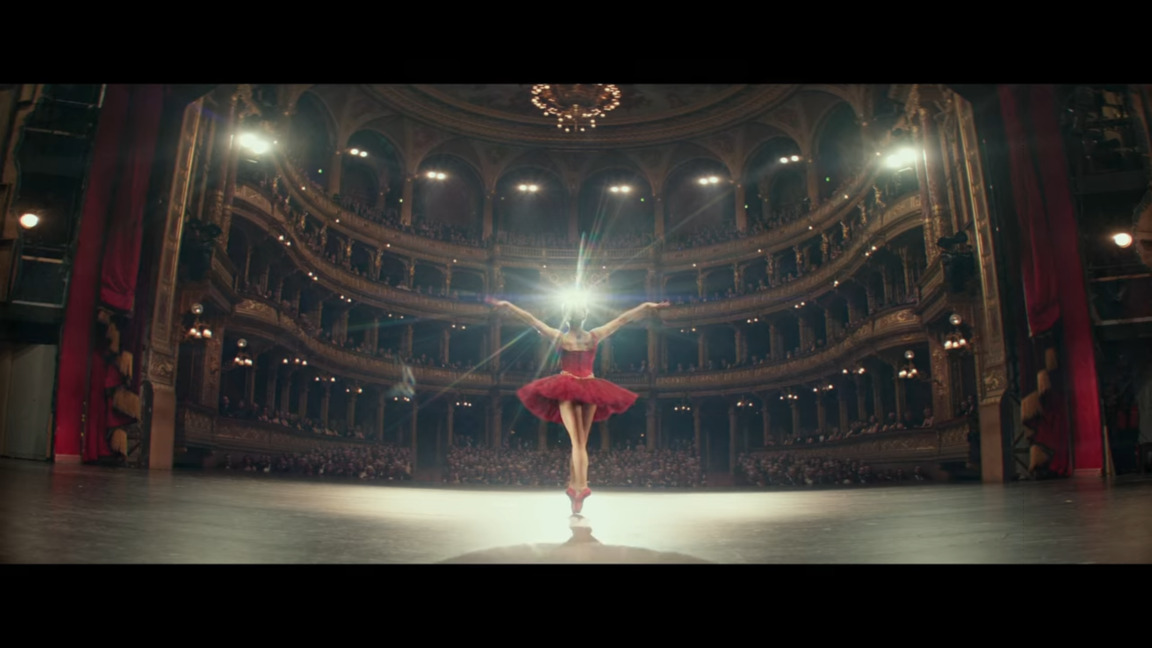 The movie is well put together. It makes effective use of necessary contrasts. The ballet show is our kick-off into the plot and is made off cross cuts between the theater and “a casual” walk in the park (it’s not that casual if you catch my drift). Other than that, I should probably mention that the film is graphic. 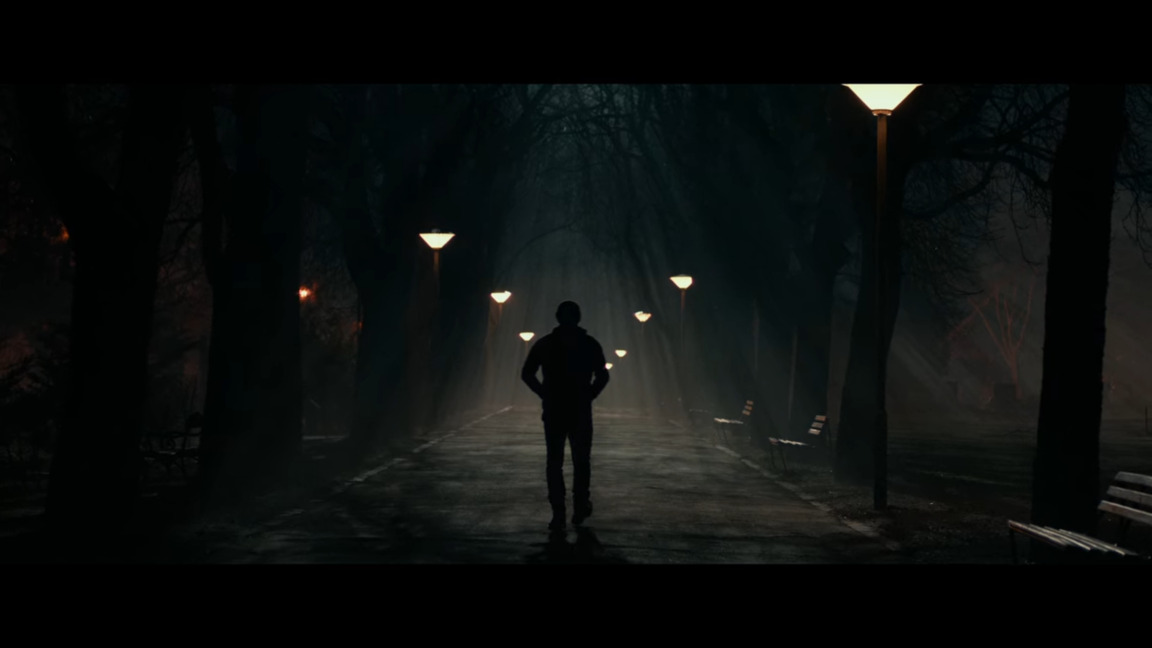 There’s no spoiler to say that things get pretty messy for Dominika. She is confronted with vigor violence and a sum of not so subtle sexual stuff.
It’s nothing overly disturbing but be aware that the human body contains blood (we’ll be proven that). Violence is ugly and violence exists. Given the tone and subject of the film, it would’ve been wrong to hide it.

Red Sparrow is most definitely for you if you like “change”. It’s fast paced and has a lot of “showplace switching”. We literally jump from scene to scene and plot thread to plot thread. Some folks will love that! It’s just a bit too much for my liking though.

Related examples I have to think of are The Big Lebowski and more recently American Hustle, the later even co-starring Jennifer Lawrence. If you’ve seen either of those, you know there’s a lot happening. The difference and the problem in Red Sparrow is that not all pieces fit that well together.

Some transitions feel sloppy and gaping. I do appreciate works with “more questions than answers”, but we literally have to jump to conclusions as why some thing leads to another thing. That’s not challenging nor fun, it’s just annoying.

Not that bad either

Don’t get me wrong, the overall story is good enough. Dominika is part of a play full of dangerous deceit. The rules apply to all players and wrong moves equal death. The setting is full of intrigue and determining true intentions is hard. This is quite thrilling at times!

I think that the cast of characters is mostly alright. Not all of them are great* and we do meet quite a few, but their actions feel right enough. Most of them don’t act unreasonable. We know little of their thinking and just enough about their personality. *Of course there’s a purely evil, barbaric henchman. 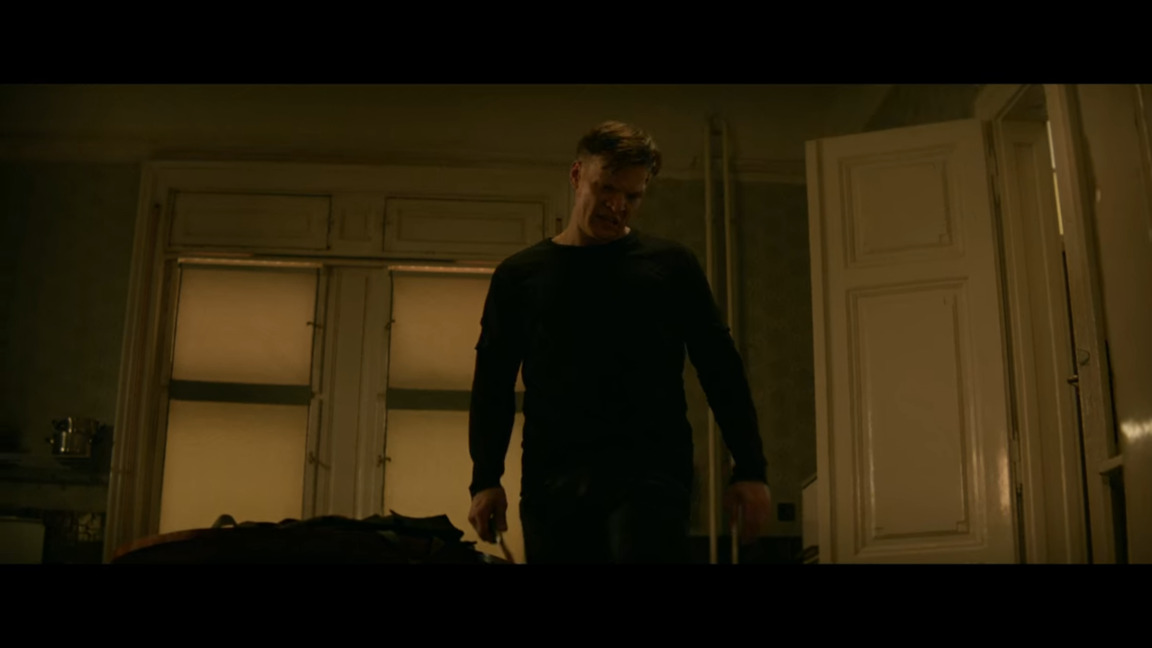 A bit too obvious

I’ve had a couple tiny eyerolls, because a handful of conversations felt to obvious. The protagonists relationship to her mother was a prime example: “Oh mom, you single raised me and you’re ill, but I love you and I will do anything for you” pretty much sums up the dialogs they had for me. I get that it’s the single major motivation for Dominika, but I wish it felt a little less posed to me. 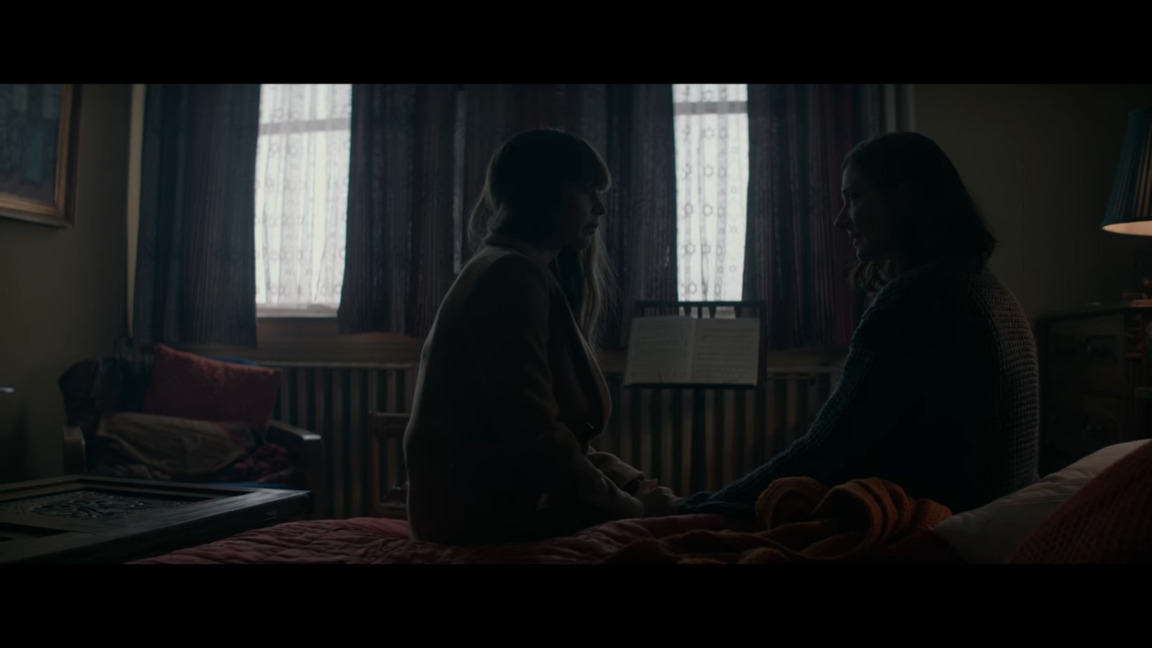 Other instances of eyerolling were caused by an assortment of uncatchy clichés. There’s the evil henchman, the runway CIA agents and the cold-blooded military types. To me, falling back to tropes is not even the deal here since we do have interesting characters like Dominika or her shady uncle Vanya (who shares extraordinary similarities to Vladimir Putin!!). 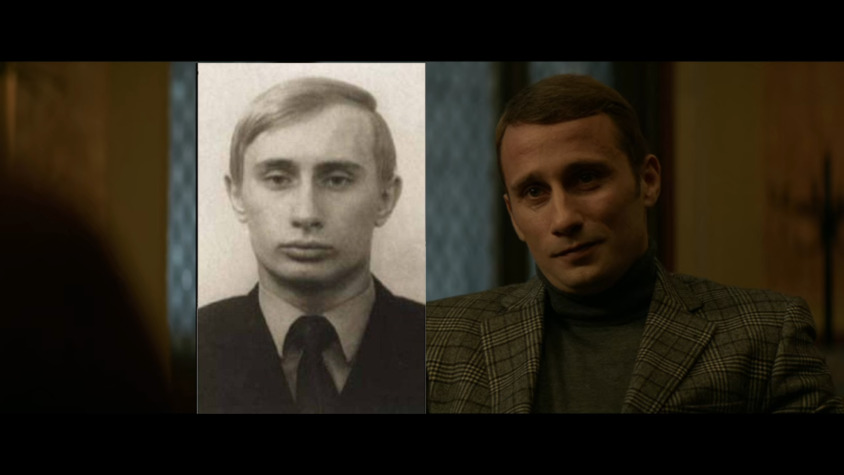 It’s just that a few of their interactions were too uninspired to be allowed to be taken serious.

Red Sparrow is definitely debatable and at least worth a watch in my opinion. The visuals, characters and fast pace* make it an entertaining thriller, that inspired me to write once again. It’s not something every movie does. *The fast pace actually felt lengthy in the first hour.

Subtract some clichés and sloppiness and I will still watch it a second time. Also, honesty where its due: Watching Jennifer Lawrence was.. enjoyable in this role (LOL).