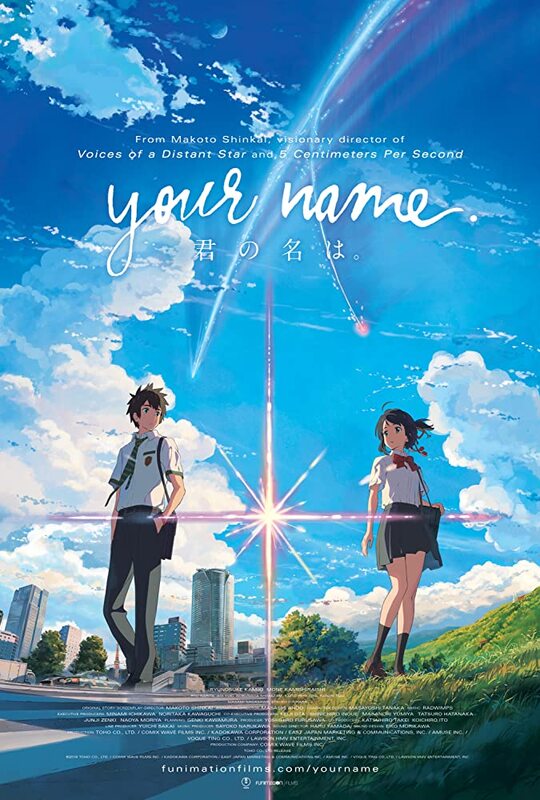 “Your Name” is one of the most memorable movies that I’ve seen in years. There’s been a lot of good movies, but few that left as much of an impression. The movie was pure. It was good at the core of what good means.

I don’t (exactly) know how love at first sight feels. However, I do know how it feels to see the opening sequence of a movie and be absolutely sure that its exactly my type. Do people feel like this about their spouse?

Please enjoy this review eulogy after watching it yourself - spoilers ahead!

The pacing was PERFECT. Absolutely PERFECT. I can even tell why I’m so sure. The movie spans two hours. I felt like it’s been three. And not because it’s been boring, but rather because it felt like an eternity being in the movie. Being completely immersed. Being right beside the characters. Living, breathing and experiencing the world and their story. Being part of their lives. Witnessing their tragedy.

Don’t you love shifted timelines? The beautiful mess, the uncertainty? I was PRAYING, literally PRAYING to the screen gods, hoping for the girl to live. For the boy to find her. For them to meet each other.

Have a sidenote with me: I have this story about two people being meant for each other, finding each other and being separated from each other. I even made a movie about it (we at least filmed the whole thing). My story is supposed to be “real” and thus lead to a tearful ending.

It was just near the ending of Your Name that I noticed another reason why I got so hooked up. The movies premise can be laid out just as the one my story pursues. That kind of realization scared me. Our world can be cruel and it surely difficult to find your soulmate in a giant metropole like Tokyo. The story continued and the years went by. Our star-crossed lovers still without each other. Can you imagine them settling with someone else or at least deciding to remain alone (with a hundred cats)? I surely can. And it would hurt. It would hurt really good. But being curled up into the ridiculously soft pillows of my absent roommate is sad enough. And then it happened! They almost saw each other at their bridge. But they didn’t and time was running short.

Have you ever been part of a catastrophe and tried to influence something you had absolutely no influence over? I was BEGGING for a happy end. Praying the screen wouldn’t just fade out and the credits start rolling. Anxiousness, desperation and a glimmer of hope were all I had left in me.

And then it happened! They definitely saw each other in passing trains. Of course, you would expect them to run towards each other and naturally miss themselves. My relief was beyond words when they actually did and the boy spoke up after walking by her and almost letting her go forever.

[X] Restoring faith into good endings, love and the whole world in general.

Thank you for taking the time to read this sentiment outpour. I hope you came here after enjoying the movie just as much as I did. I feel a lot of gratitude right now and you know the saying “It’s not the happy who are grateful. It’s the grateful who are happy.”

Since you’re still here: The visuals are not only STUNNING, but also used to convey emotions. I felt myself swelling up as the boy got lost in the comet. 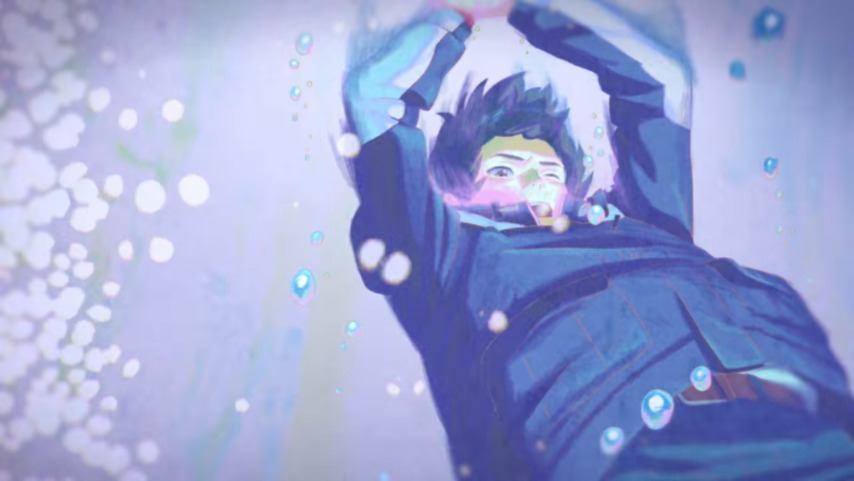 It’s been a perfect representation of falling, melancholy and its gorgeous beauty. Right in front of you, right inside you, but distant and too hard to grasp. Like the distant memory of a mothers touch. Probably like the sensation the protagonists felt their entire life. 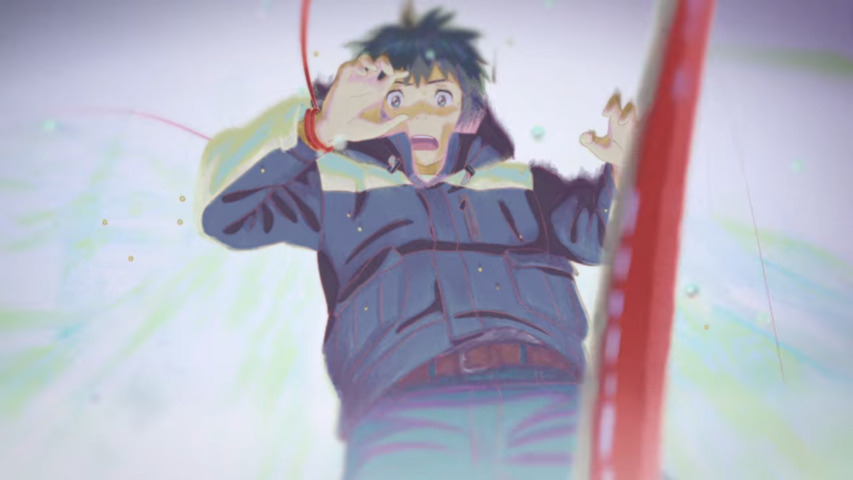 The soundtrack couldn’t possibility be more fitting. Upbeat, melancholic yet hopeful, but uncertain at the same time. Unpredictable how the movie would end. Picking up a notch JUST as our happy ending is gracefully confirmed. And what is it about the “typically Japanese manga” sound?

I feel addicted after realizing that I really love this type of movies.

A love for tragic love movies

Your name touched me/ my heart in a place few things, let alone movies can. Well, maybe it’s something only movies can. The last time I felt such a sensation was after Me Before You in 2018. The time before it was the American Idiot musical in London 2015. I believe it’s catharsis at its purest form. Maybe it satisfies ones lacks and desires. Am I that deprived of love and the hope for destiny? Anyway, it’s quite rare as you can see. There have been a couple instances that went towards the general direction of catharsis, but none of them went as far as to be that memoryful. 1917 and Interstellar go into that direction, as far as movies are concerned.

Also: I’m happy to have had the opportunity experiencing this movie alone and purely for myself. It’s really hard to tell how it would’ve been with other people. I can imagine that it would require a certain intimacy to open up and truly take in the full experience.

This post was waiting almost 5 months to be published though being 95% finished from the start. Expectations to polish it, add a plot summary and “make it perfect” delayed the release until I stopped writing at all. This was unfortunate, but served at least two valuable, timeless lessons

When in doubt, do what feels right, do what comes naturally.